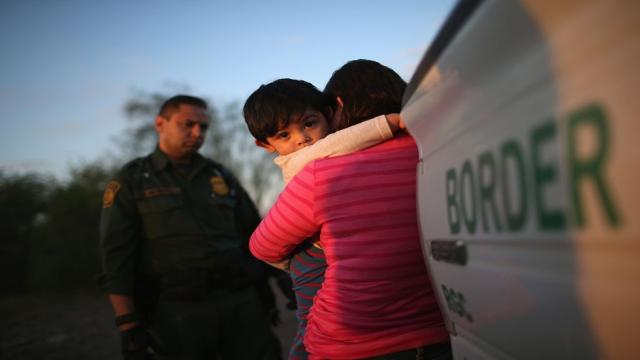 The Trump administration separated thousands more migrant children from their parents than was previously known, according to a government watchdog report.

“More children over a longer period time were separated [at the border] than have been commonly described,” an official from the Department of Health and Human Services (HHS) inspector general’s office told reporters on Thursday.

The report from the inspector general’s office said thousands of children have been separated from their parents during an influx that began in 2017, before the administration’s “zero tolerance” policy was enacted, and before a federal judge ordered the agency to reunite all the children who were separated.

“How many more children were separated is unknown, by us and HHS,” the agency official said

Under zero tolerance, children brought across the border illegally were separated from their parents, deemed “unaccompanied,” and detained by HHS in separate facilities sometimes hundreds of miles from their parents.

The report confirms that family separations at the border increased months before then-Attorney General Jeff Sessions wrote the zero tolerance memo. It sheds new light on the administration’s efforts to use separations as a way to deter migrants from unlawfully crossing the southern border.

A federal judge in June ordered HHS to identify and reunite all separated children. As a result, the agency identified 2,737 children who were separated from their parents and placed into HHS custody.

HHS has since reunited or otherwise released most of those children, but there are thousands more who were separated before that point. The total number is unknown, and officials also don’t know how how many of those children have been reunited.

The efforts to reunite separated children were impeded by the department’s lack of a centralized database to track children.

An HHS official said the agency now can “determine the location and status of any child in [the Office of Refugee Resettlement’s] care at any time” using an online portal. But the report found that ability did not exist until the judge ordered the reunifications. Tracking was largely informal until HHS scrambled to implement a better system.

In response to the report, HHS officials noted that they have accounted publicly for all children who were separated from a parent at the border by the Department of Homeland Security (DHS), and who were in the agency’s care as of June 26, 2018

The administration has also continued to separate children, despite the court order, the report found.

From July 1 through Nov. 7, HHS received at least 118 children who were separated from their parents. DHS officials have only given HHS limited information about the reasons for these separations.